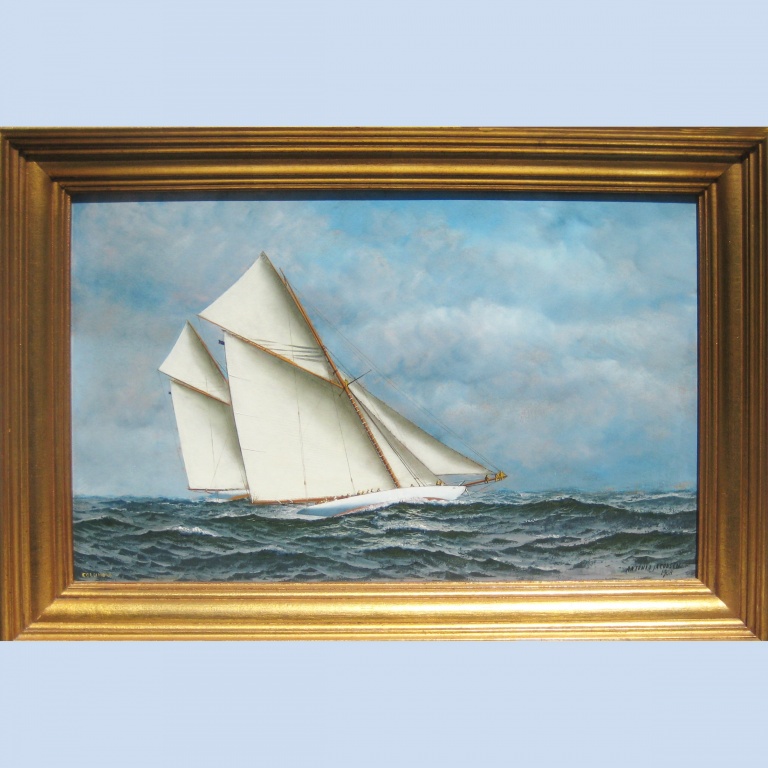 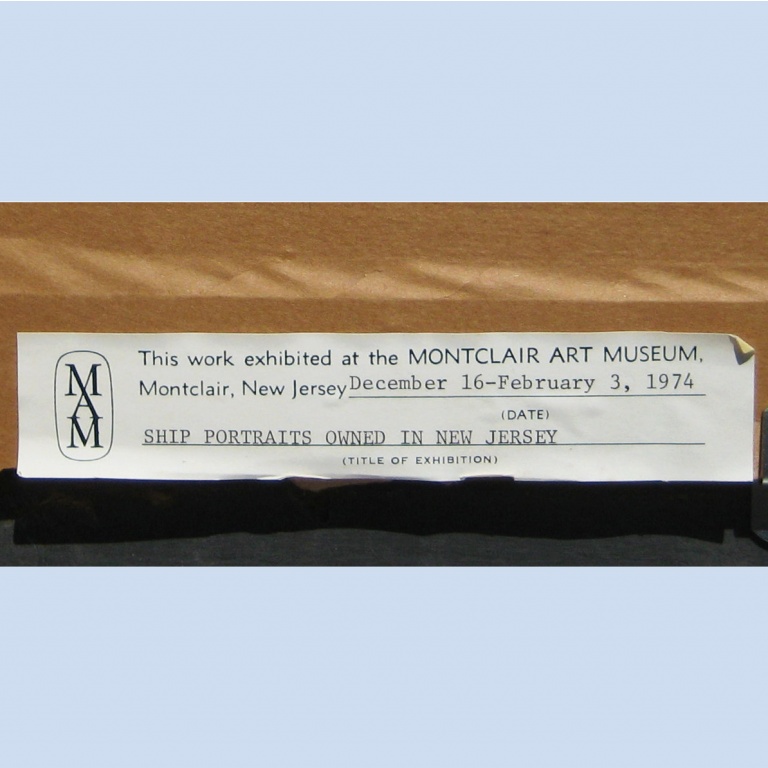 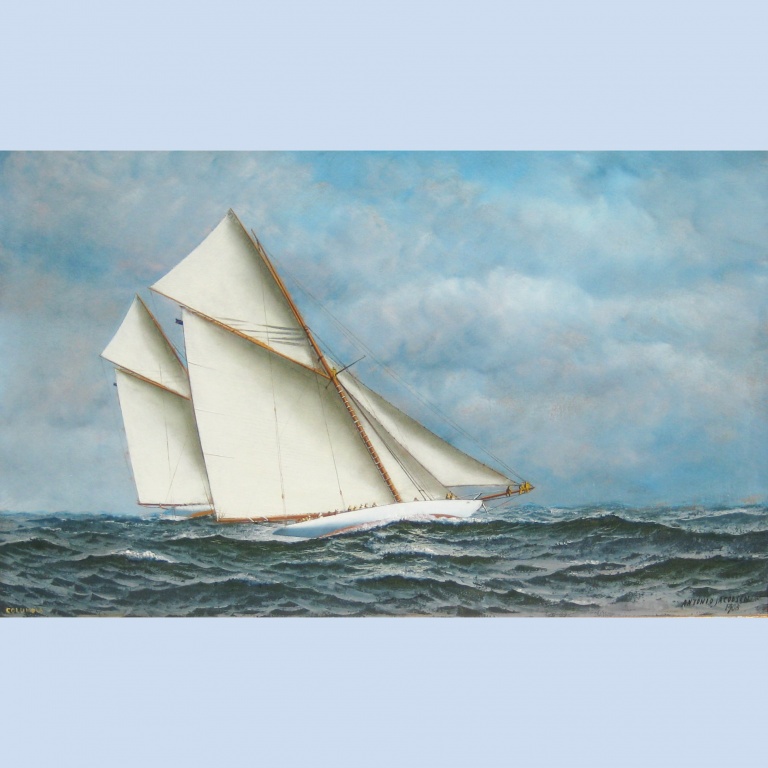 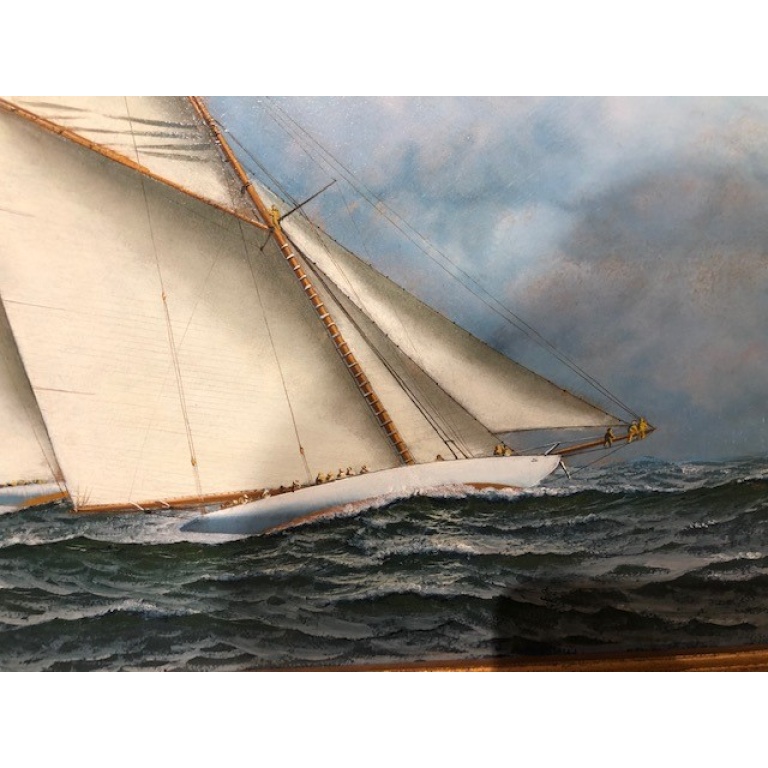 Born in Copenhagen, Denmark, Antonio Jacobsen became one of America’s best known and most prolific painters of marine subjects. He studied at the Royal Academy in Copenhagen, then emigrated to New York in 1871 to avoid serving in the Franco-Prussian War, and got a job decorating safes. At that time, he began painting portraits of the vessels of the Old Dominion Steamship Line, creating about 6000 ship portraits in New York Harbor between 1876 and 1919. From 1880, he lived in Hoboken, New Jersey. He had a complete understanding of ships and achieved great accuracy of detail in his works. He is exhibited in over 20 museums and published in more than 58 books and magazines.