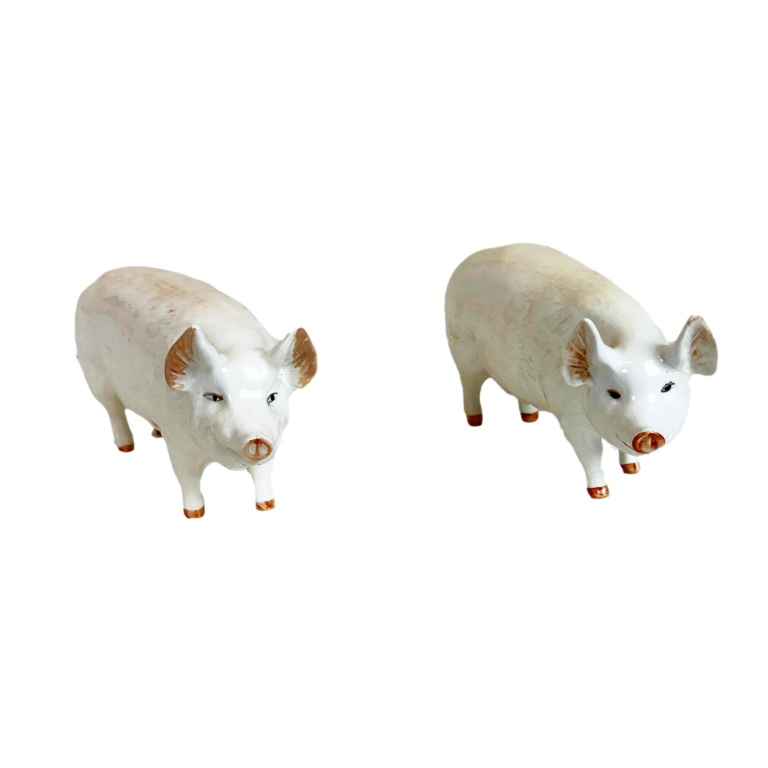 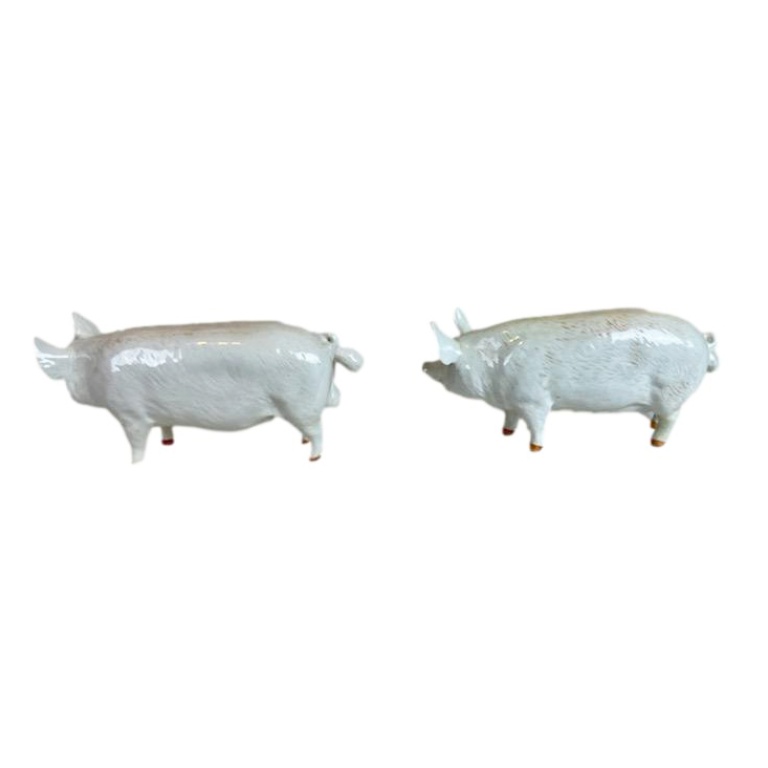 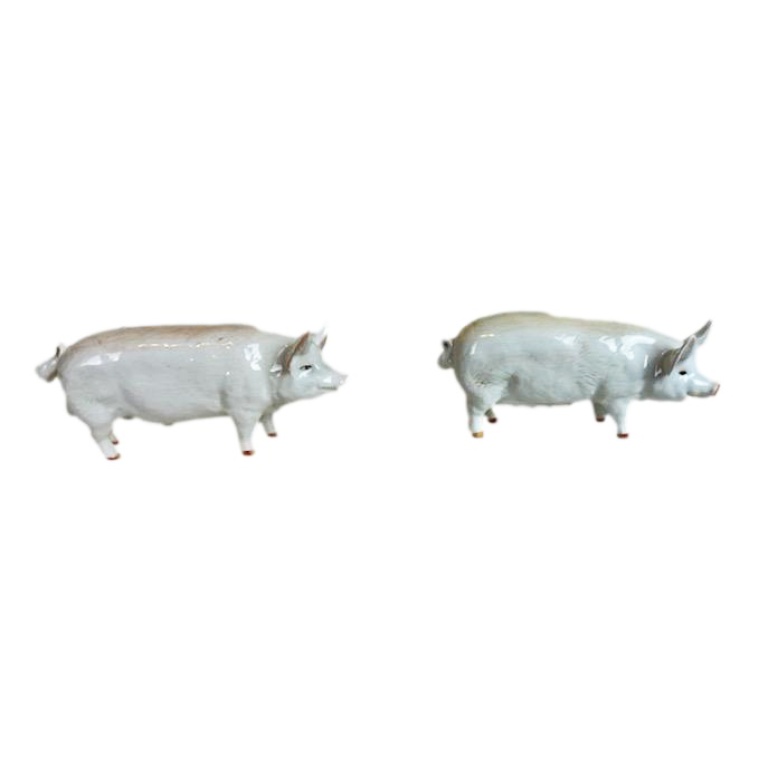 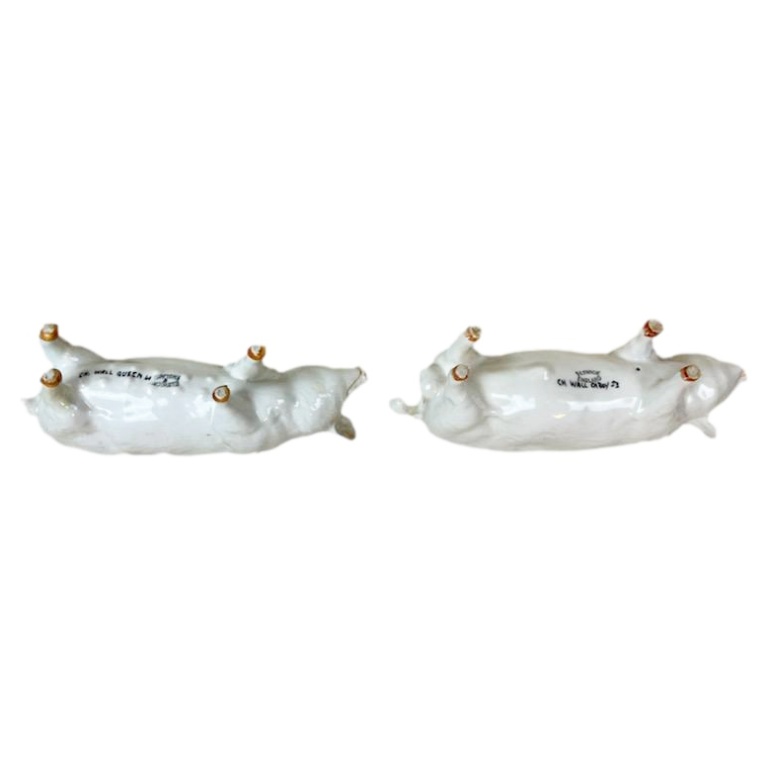 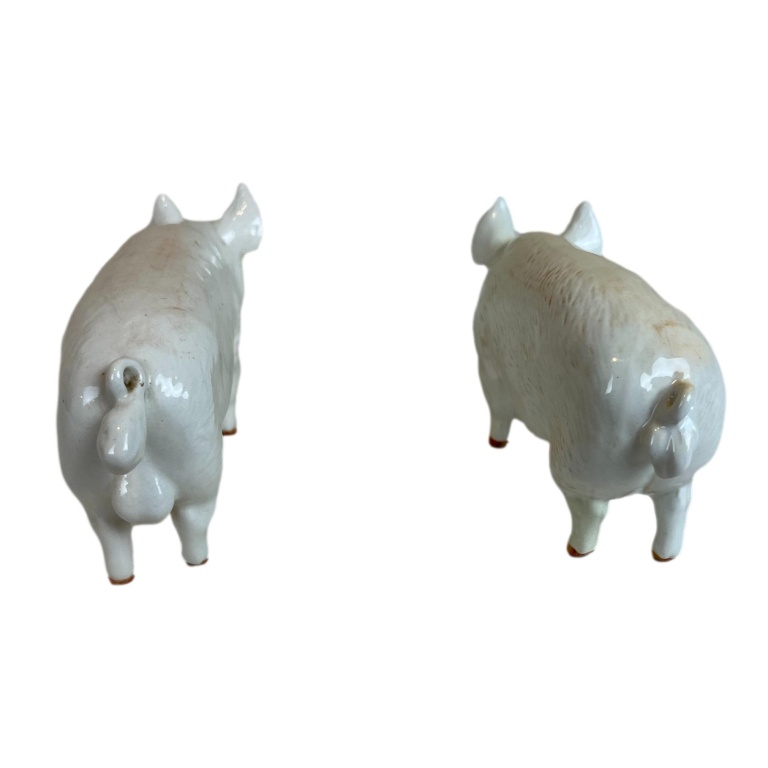 John Beswick LTD., formerly J.W. Beswick was a pottery manufacturer, founded in 1894 by James Beswick in London, England. In 1939 they began producing farm animal figurines. In 1969 Beswick was sold to Daulton & Co. LTD (Royal Daulton) and animal figurines continued to be produced, by 1989, the Beswick back stamp was dropped in favor of the “Royal Doulton Albert DA” back stamp. By 2002, Royal Doulton ceased production of all Beswick Products.