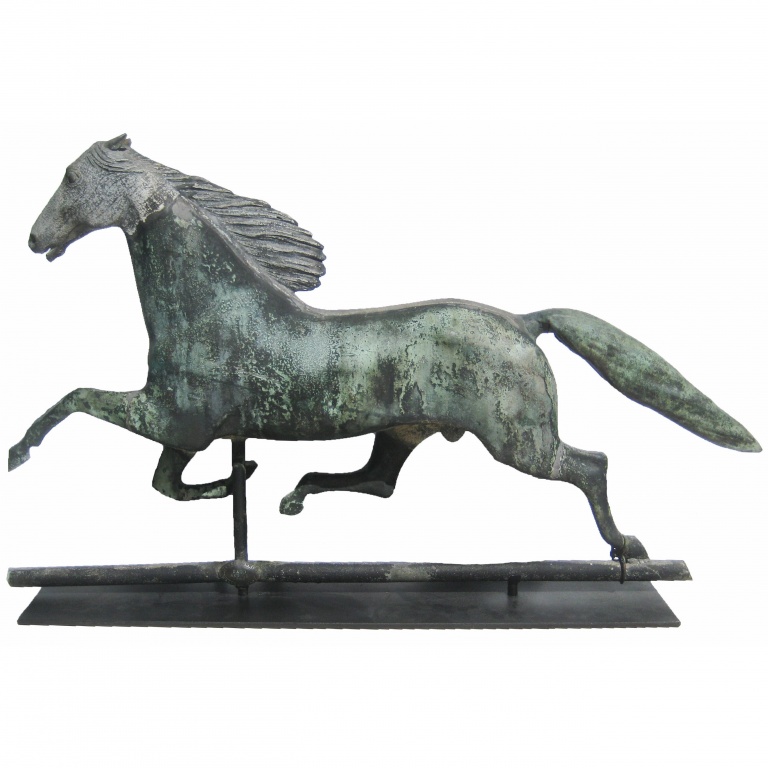 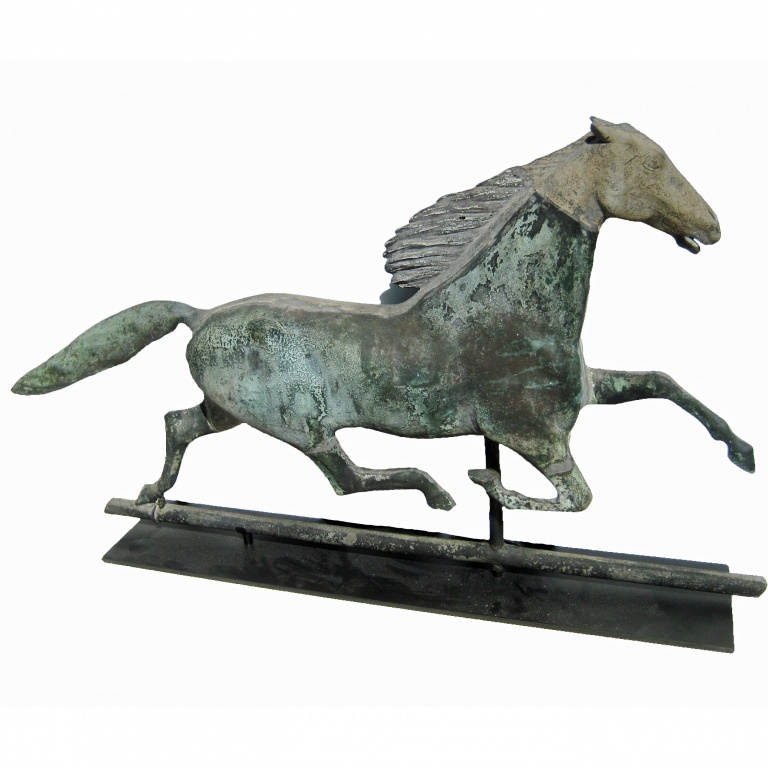 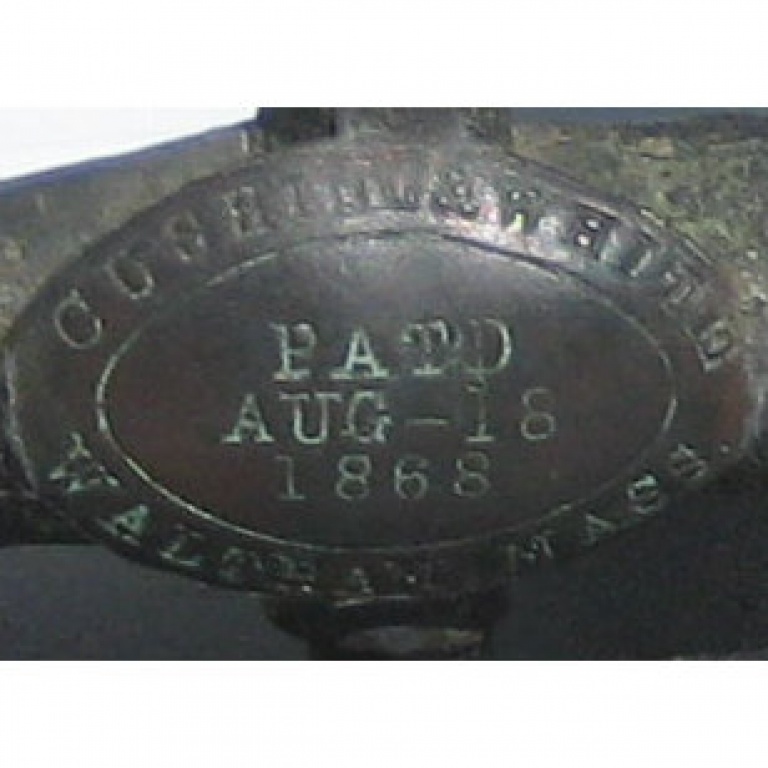 In 1865 Leonard Cushing, a civil engineer, worked in Providence, Rhode Island. Stillman White worked for him as a machinist. They purchased the A. L. Jewell & Co. in Waltham, MA. Although neither man knew anything about making weathervanes they jumped in at the auction and bought the equipment, molds, and designs and formed the company they called Cushing and White. In 1870 White left the firm and it became known as L. W. Cushing & Co.

This proud horse weathervane has a full molded copper body that has developed a natural green Verdigris with a cast zinc head and mane. This model was patented on August 18, 1868.