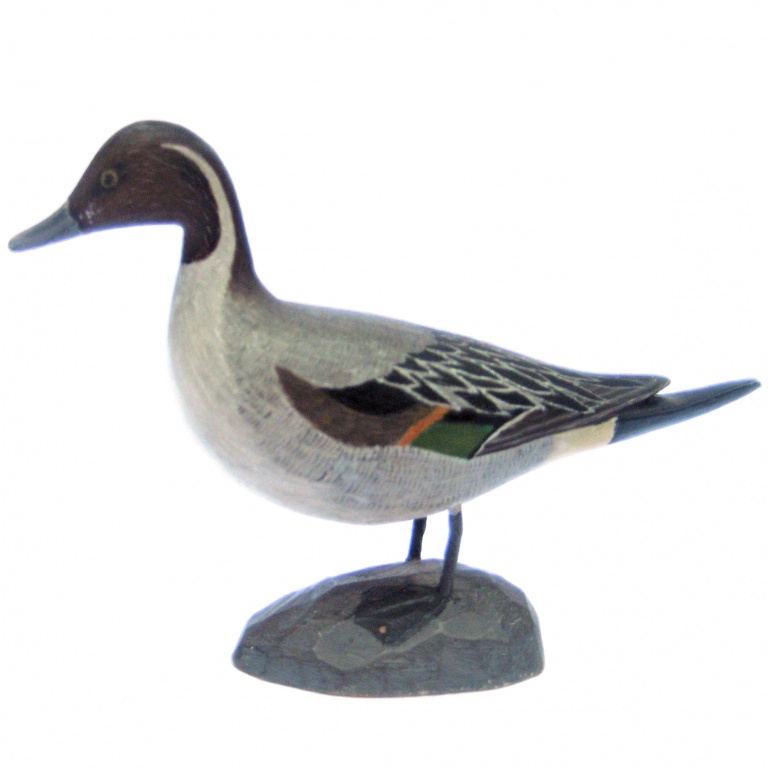 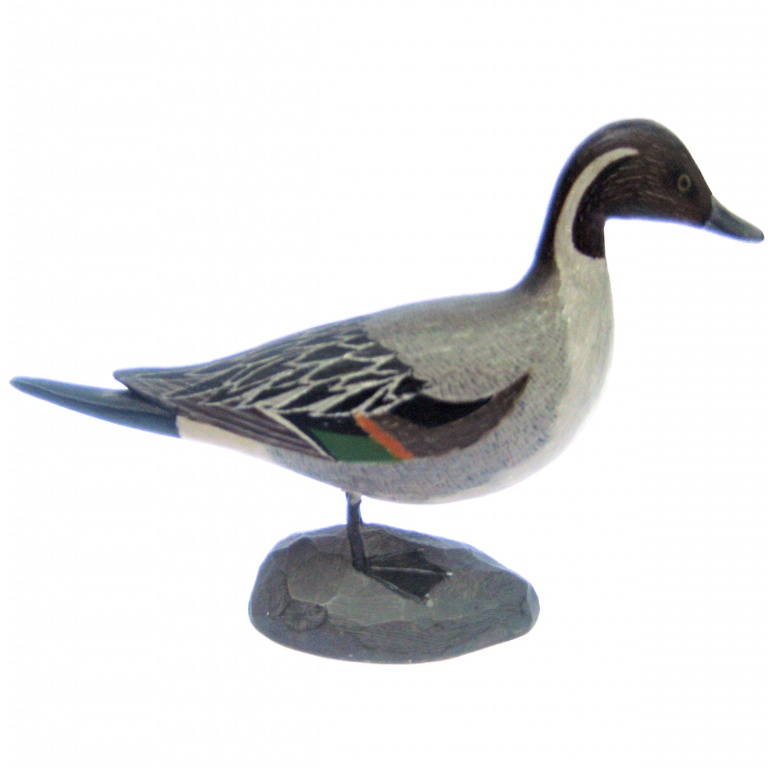 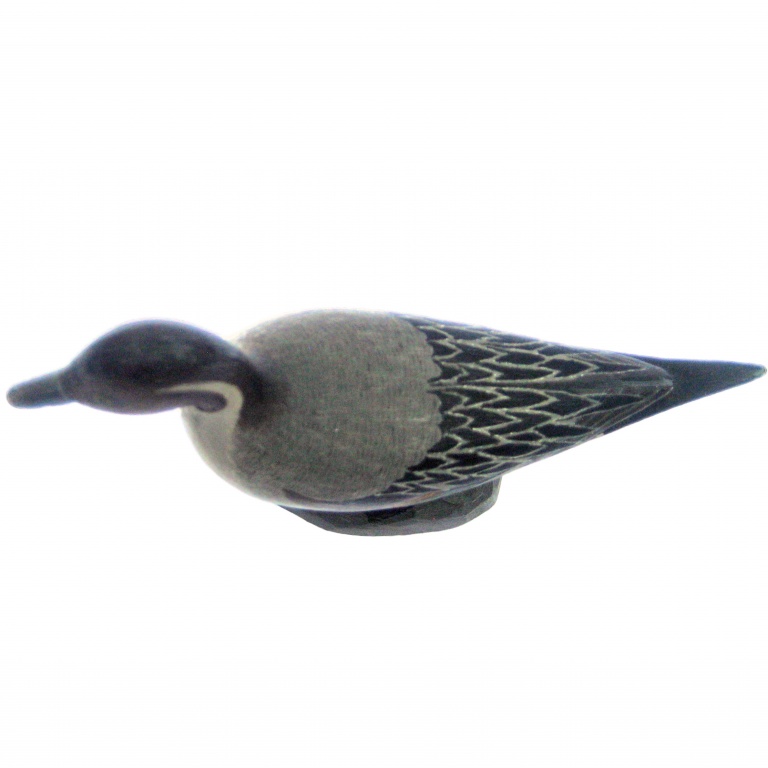 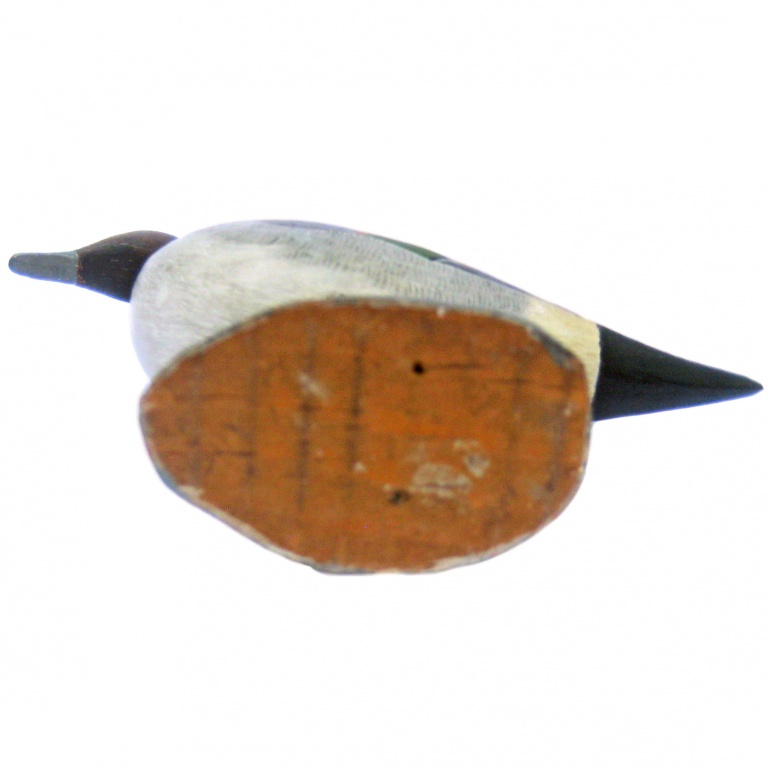 Went to Yale, then became part of a group of young pilots, known as the “Yale Unit”. They pioneered naval aviation during World War I. After the war, he eventually worked for Mobil Oil in NYC. His carvings were sold through Abercrombie & Fitch from 1939-1941.
This Drake Pintail retains its original paint. Ditman’s initial signature is on the “rock” mount.