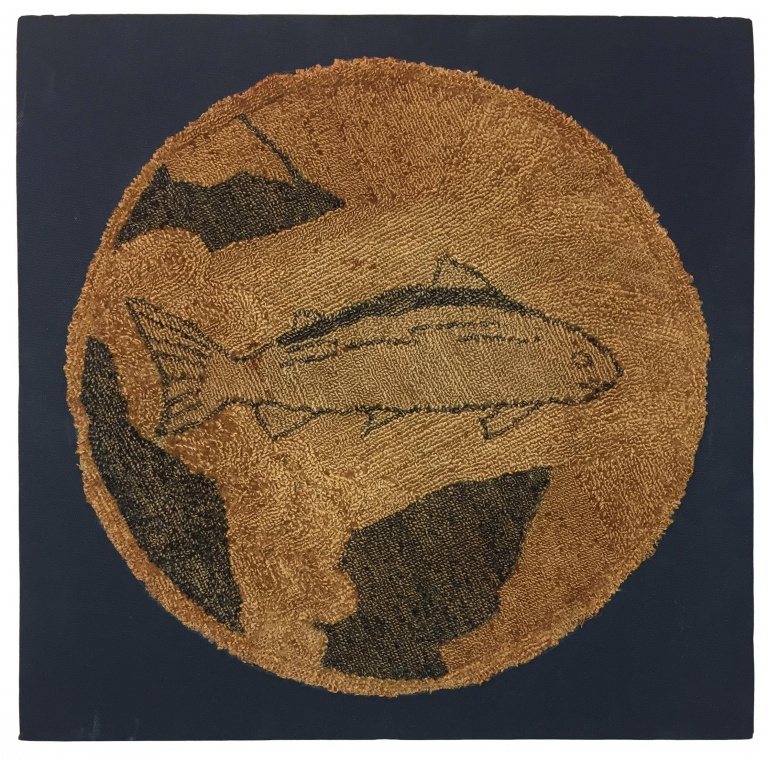 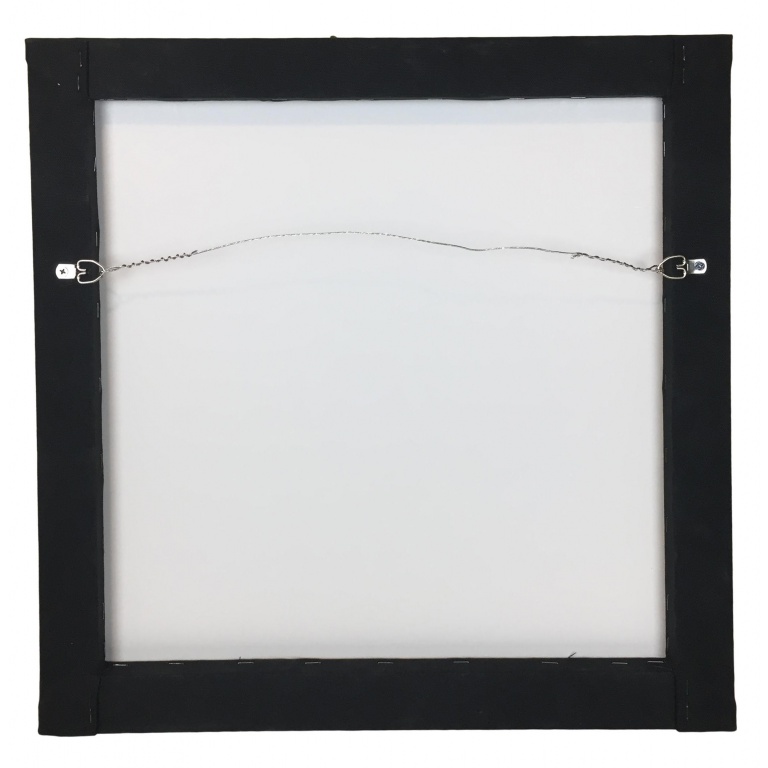 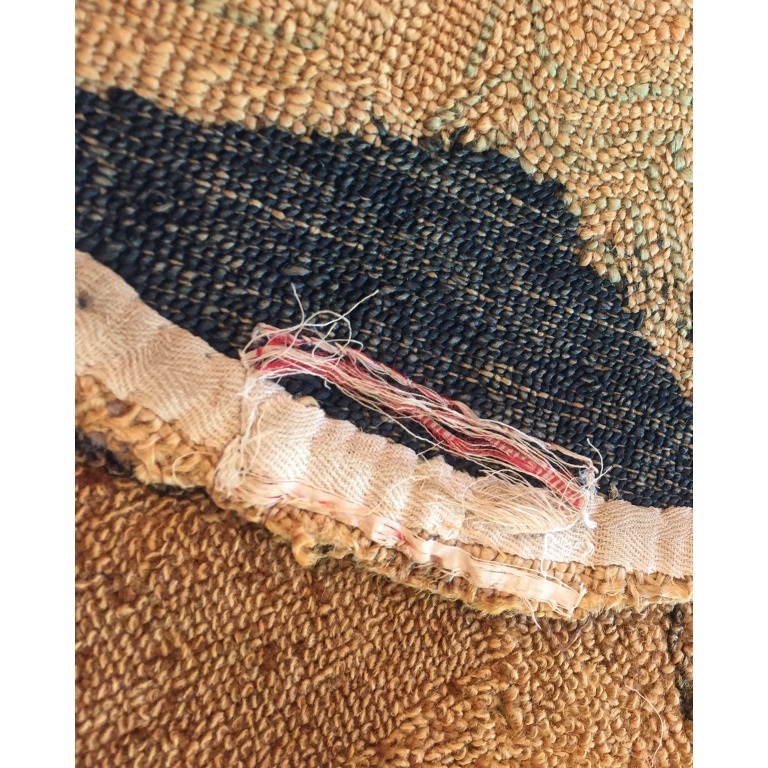 Grenfell Mission
“Fish Swimming Around Rocks”
This Cod Fish was hooked in Brin known as Burlap to us. Both the material and subject are quite rare.
The attached label is very threadbare but would have read “Grenfell Labrador Industries, Hand made in Newfoundland and Labrador.

The Grenfell Mission was the creation of Dr. Wilfred T. Grenfell, (1865-1940) who visited Labrador and Newfoundland and found there a hardworking people, mostly fishermen, plagued by poverty, hunger, disease, and exploitation. He decided to settle there to help these people both medically and socially. He implemented the concept of a social and medical mission, which could be funded in part by a new cottage industry that employed the skill of local women in the making of expertly hooked rugs and mats. This endeavor gave the women a way to earn money, a feeling of accomplishment as well as a form of occupational therapy. Materials were acquired primarily through the donation of silk stockings. “When your stockings run let them run to Labrador!” was one of the pleas for contributions when Dr. Grenfell lectured to raise funds for the mission throughout the USA, Canada, and England. Rugs were then sold to socialites in shops in New York, Philadelphia, Boston, Chicago & Vermont.