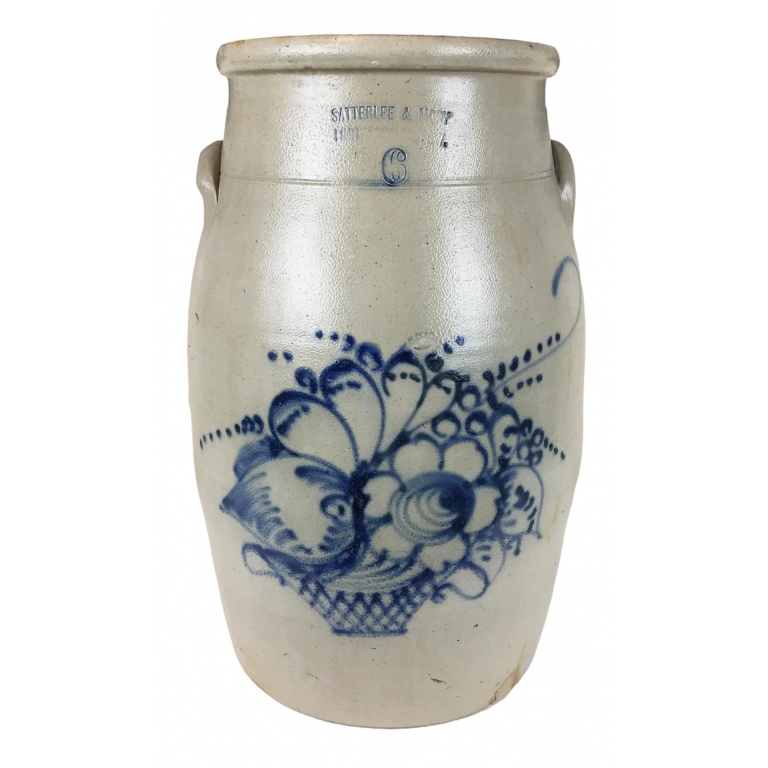 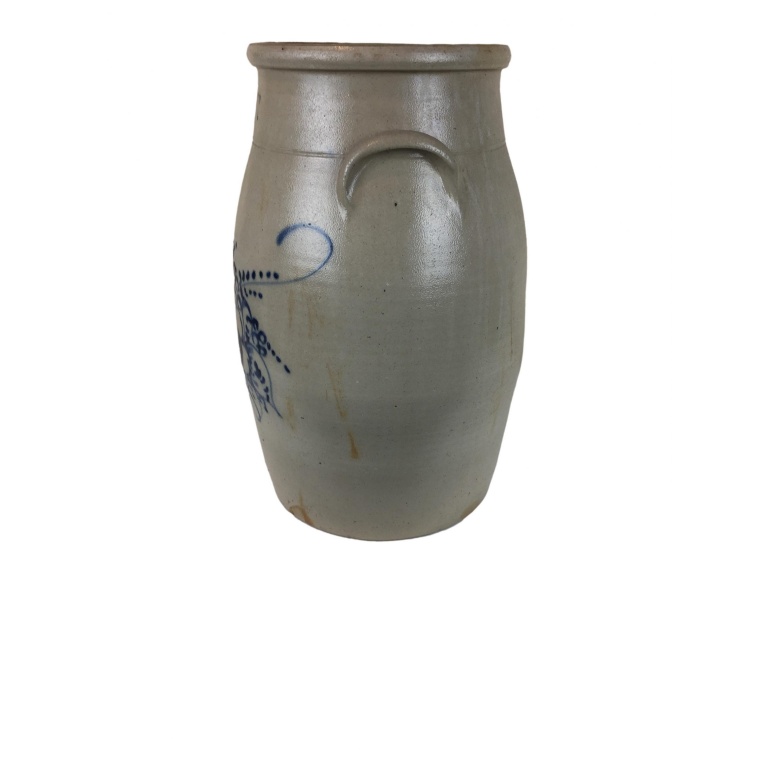 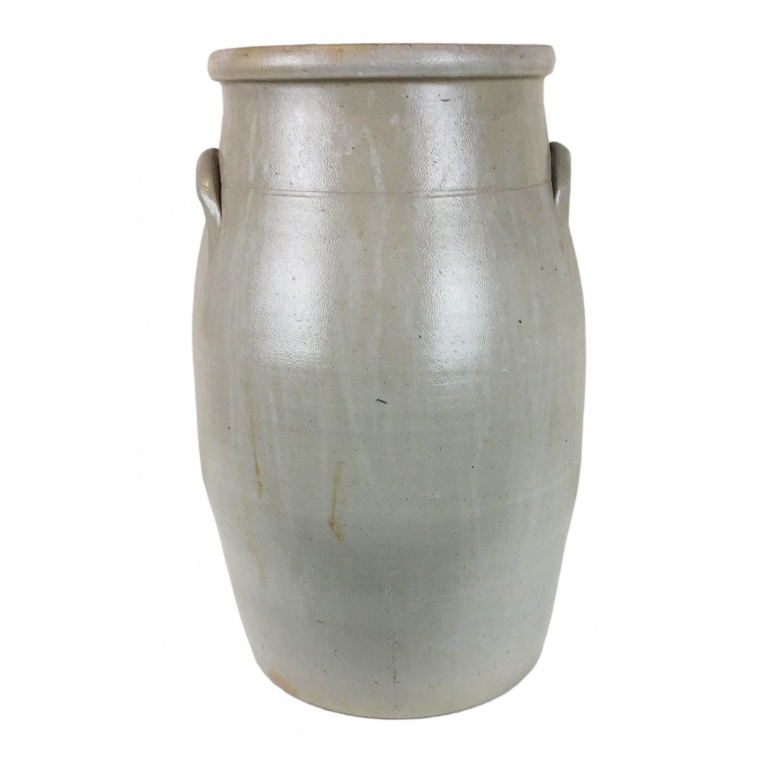 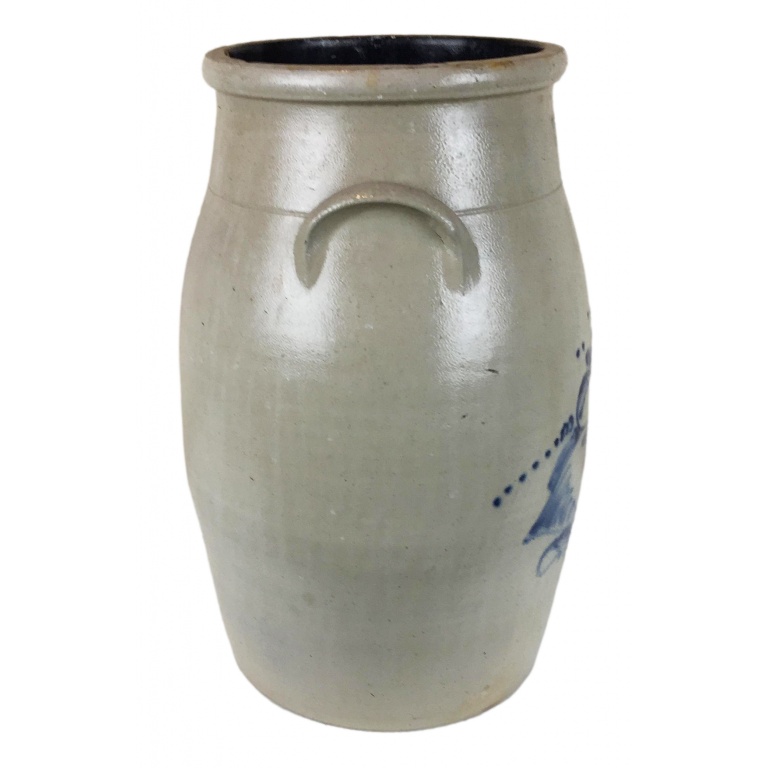 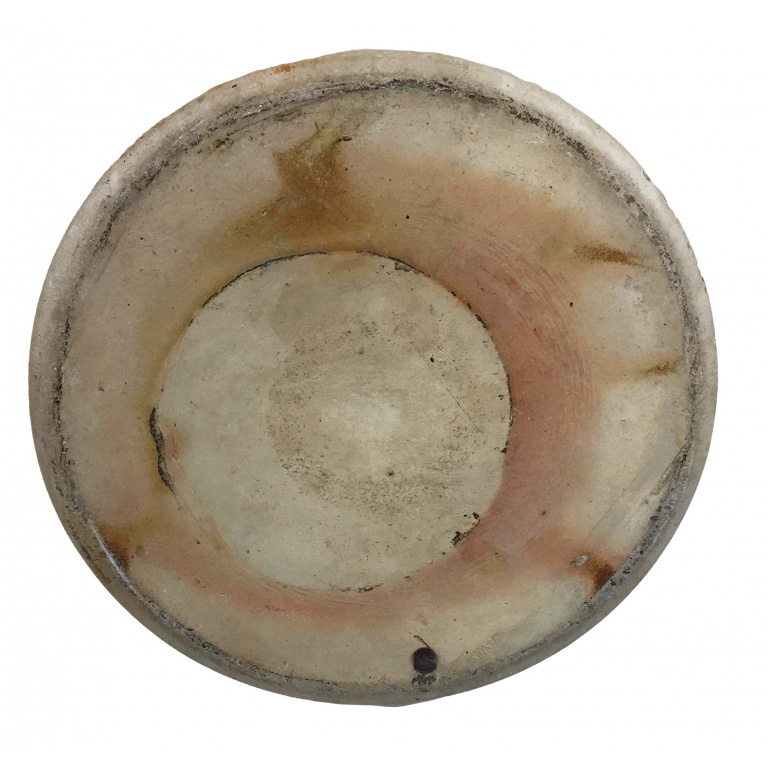 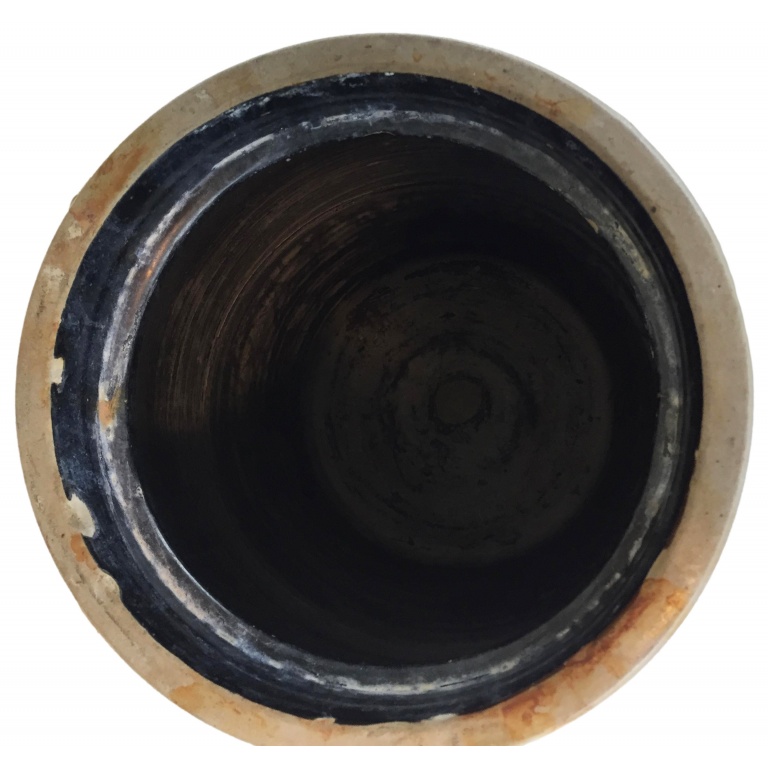 Otto Lewis left Galesville, Middle Falls, NY late in 1859 to establish the first kiln of a pottery complex. Located on the upper Hudson some forty miles north of Troy, Fort Edward was a busy shipping center both for the Adirondack settlements to the west and for the Champlain Valley, reached via the Champlain Canal.It was a far more suitable place jplace for stoneware making tan Middle Falls had been.

Lewis established the first pottery works on Mill Street near the Hudson. He was soon joined by George A. Satterlee, a merchant born in Saratoga County in 1820. The census shows that by 1860 the kiln was already of substantial size, producing $25,000 worth of ware annually and employing nine potters.  Lewis was 50 years of age and appears to have given up the business. Michael Morey became Satterlee’s partner in 1861, and the firm became Satterlee and Morey. It was also known at first as the Fort Edward Pottery Co., later as the New York Stoneware Company. Crockery bearing both these business names as well as the full names of the partners exist.

By 1878 this manufactory had two kilns working and employed fifteen men. Michael Morey died in 1885, and and in 1891 Satterlee retired ending the company.

Dimensions: H: 18"
Condition: Excellent No cracks repairs, a few minor chips on the inside rime